Montmorillonite clay is used in some natural pet foods as a natural anti-caking agent. It allows high-quality pet foods to remain free of man-made and chemical agents for this purpose. In addition, it is a natural source of minerals so it may bring with it added health benefits to pets.

Recently Nature’s Logic was contacted regarding a discussion on a pet health forum regarding possible dioxin contamination in montmorillonite clay. We were asked to comment on the clay used in our foods. To help us better explain the quality of this ingredient in our 100% natural dog and cat foods, we interviewed Neal Bosshardt of Redmond Minerals, the supplier of the montmorillonite clay used in Nature’s Logic’s foods. But first, a quick review of dioxin.
What is Dioxin and Where Does it Come From?

According to the World Health Organization:

“Dioxins are mainly by products of industrial processes but can also result from natural processes, such as volcanic eruptions and forest fires. Dioxins are unwanted by products of a wide range of manufacturing processes including smelting, chlorine bleaching of paper pulp and the manufacturing of some herbicides and pesticides…
Although formation of dioxins is local, environmental distribution is global. Dioxins are found throughout the world in the environment. The highest levels of these compounds are found in some soils, sediments and food, especially dairy products, meat, fish and shellfish. Very low levels are found in plants, water and air.”¹
Since montmorillonite clay comes from the earth, contamination by dioxin is a possibility. However Nature’s Logic purchases its clay from Redmond Minerals, whose product has been tested and shown to contain no dioxin.
Source of Montmorillonite Clay for Nature’s Logic
Nature’s Logic purchases the montmorillonite clay used in our cat and dog foods from Redmond Minerals, in Redmond, UT. For more details on the company and their product, we interviewed Neal Bosshardt, long-time customer service representative for the company.
Nature’s Logic: There are concerns about possible dioxin contamination circulating among the pet community. Does Redmond Minerals contain dioxins?
Redmond Minerals: This concern has been around for a while. Our product was tested for dioxins and none were found.
Nature’s Logic: Why do you think that is, when dioxins are found all over the environment?
Redmond Minerals: One possible reason is our location. We are Redmond, UT, a very remote part of Utah. You have to go 100 miles to find pollution or smog, or the kind of operations that might product dioxin contaminants.
Nature’s Logic: What about the nuclear tests in the Nevada desert in the 1940’s. Didn’t that produce radiation contamination in that area?
Redmond Minerals: That testing site is over 300 miles away from here, and at that time our products were buried deep in the ground, protected from radiation in the air. In fact our products are still in the ground. Our current products are made from deposits removed from the ground only a few months before.
Nature’s Logic: How long has your company been around?
Redmond Minerals: We’ve been supplying raw materials to the feed industry since 1960. In 1980 we began supplying human food-grade products for the health food industry. But humans have been using natural clays from the earth since the beginning of time.
For more information about our supplier, Redmond Minerals, visit http://www.redmondnatural.com
Chemical Contaminants in Pet Food
Pet parents concerned about chemicals in pet food will be pleased to learn that Nature’s Logic is the first and only full-line kibble, canned and raw pet food in the world with NO added synthetic vitamins or minerals. These ingredients are often sources of heavy metals and other contaminants.²  Nature’s Logic uses only whole foods and 100% natural ingredients, for the safest possible nutrition for your dog or cat. For more information about our foods, visit www.natureslogic.com.
1.       http://www.who.int/mediacentre/factsheets/fs225/en/
2.       http://natureslogic.blogspot.com/2011/01/new-study-finds-heavy-metals-in-many.html

Was this information helpful?

Nature's Logic
Nature’s Logic® is committed to providing the highest quality and safest nutrition for the furry members of your family. We have created the first and only full-line kibble, canned, and raw frozen pet food in the world with no chemically-synthesized ingredients. Nature’s Logic provides your pet with essential and complete nutrition using only 100% natural ingredients. You can feel confident and have peace of mind when feeding Nature’s Logic. 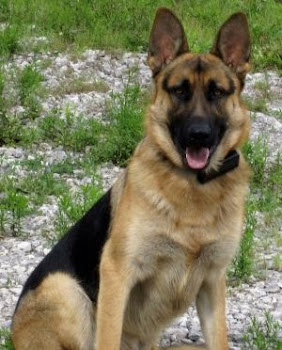 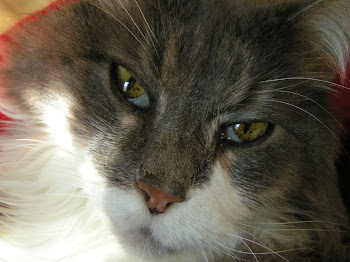